The South African Revenue Service (SARS) has brought an application to intervene and oppose a court bid by Jared Watson, nephew of late Bosasa CEO Gavin Watson, to have some of the Bosasa companies placed under business rescue. 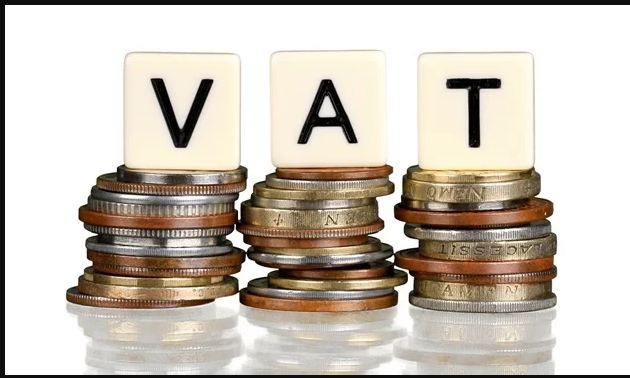 VAT hike may be tempting but analysts warn of risks

Predictions of a VAT increase are growing ahead of the tabling of the Budget, with PwC and Mazars both saying the government may raise the tax by 1 percentage point from 15% to 16% due to pressure to raise revenue.In 2018, government hiked VAT for the first time since 1993 from 14% to 15%, prompting an outcry from civil society groups and trade unions. The groups said that as consumption-related tax, VAT erodes the buying power of the poor the most since they spend a larger proportion of their income on essentials like food and transportation. 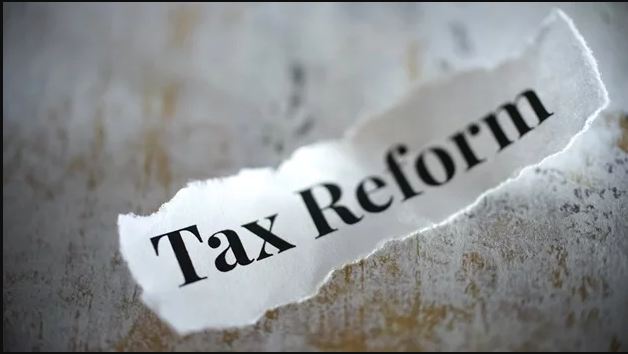 Two Cape Town businesspeople have been sentenced to 16 and 17 years direct imprisonment for 487 counts of tax fraud, racketeering, money laundering and corruption, SARS said on Friday.Luis Fernandes from Melkbosstrand and Nazmien Warden from Bellville both pleaded guilty following an in-depth investigation by the Criminal Investigation Unit of SARS in Cape Town, the revenue service said in a statement.Fernandes pleaded guilty to 471 charges, including racketeering, fraud and corruption and corrupting a SARS official. He, and was sentenced to 168 years imprisonment. But they will run concurrently, so he will spend 17 years in jail. 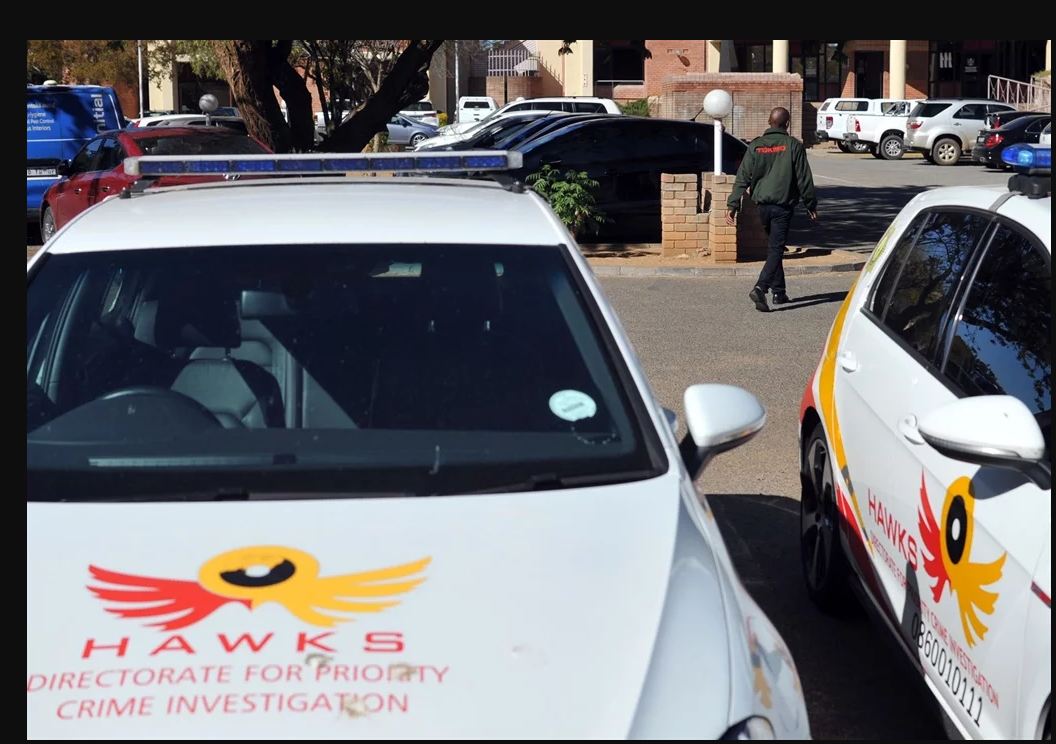 Two brothers convicted of defrauding the South African Revenue Service (SARS) 11 years ago have each been sentenced to 10 years in jail.June, 46, and his brother, Godfrey Maphanga, 45, were sentenced in the Nelspruit Regional Court on Tuesday.Mpumalanga Hawks spokesperson Captain Dineo Sekgotodi said the Maphangas were convicted of fraud, money laundering, forgery and uttering.In May 2009, the Maphanga brothers, who were owning a construction company, defrauded SARS by submitting false tax returns totalling R1 548 119.19. 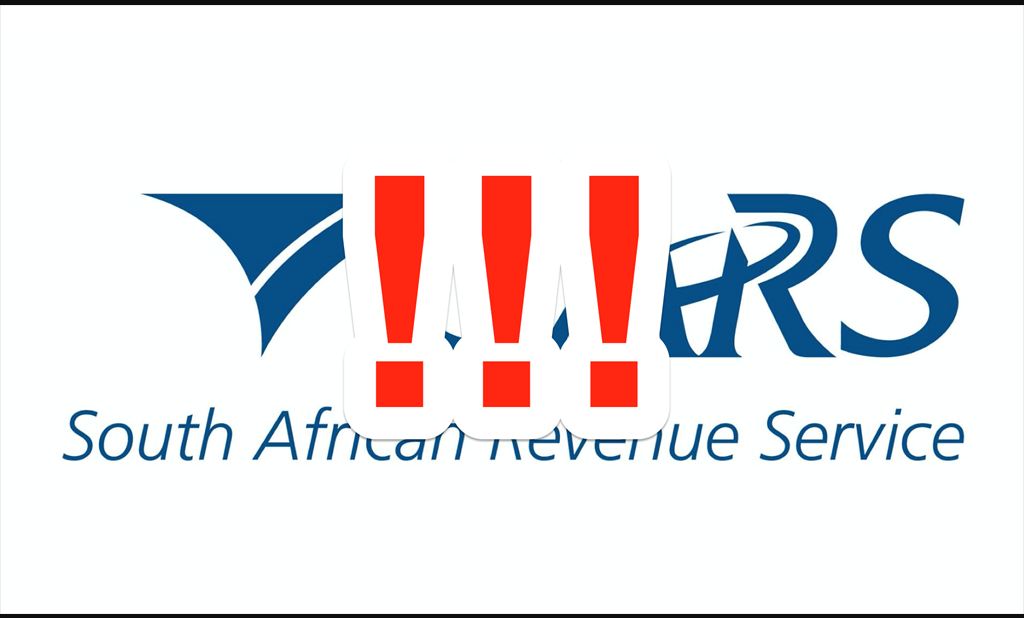 The South African Revenue Service (SARS) said going forward its work will increasingly be informed by data-driven insights, self-learning computers, and artificial intelligence in a bid to fight tax evasion.

Sars said it would, therefore, hire several executives in data-driven positions to harness the advances in big data and artificial intelligence for the tax collector. 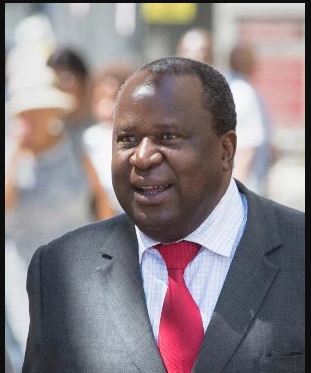 Tax experts are sounding alarm bells against a possible hike in personal or corporate income tax rates in the upcoming Budget, saying an increase would have a devastating impact in an economy where most people’s real incomes have remained flat and consumer expenditure is at record lows. 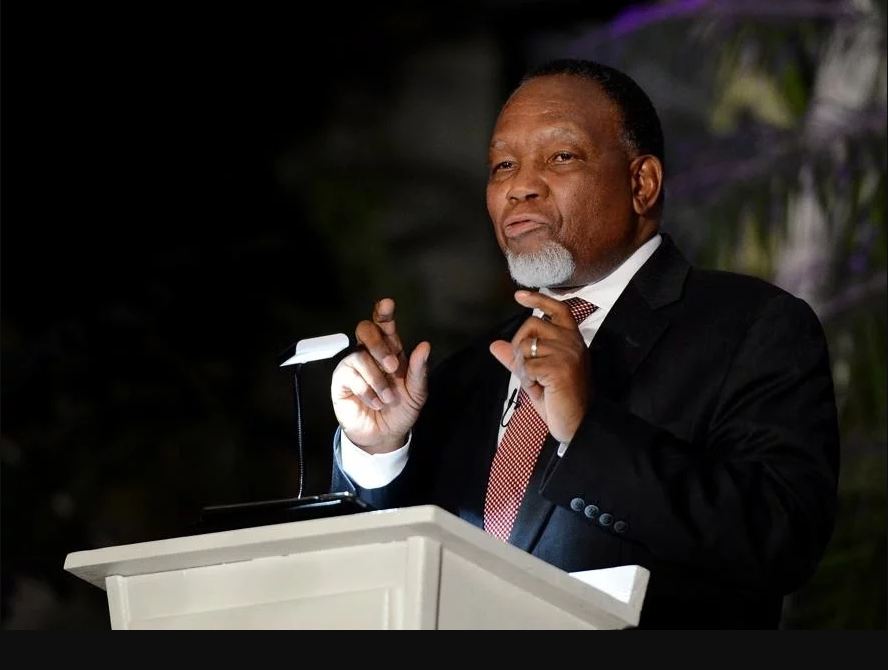 THE TAX MAN MUST HIT YOU!

CORRUPT public officials should be hit hard in the pocket to send a strong message.

This was the view of former president Kgalema Motlanthe in a discussion with journalists at the OR Tambo School where laid out the plans for the year.

Motlanthe, who the chairperson of the school, said jail sentences were not serving as deterrent to thugs who are stealing from the poor.

He further complained even the wheels of justice were moving very slowly.

“I wish we were following the Al Capone method that nails people on tax, the rest will follow. On tax we can nail them tomorrow. 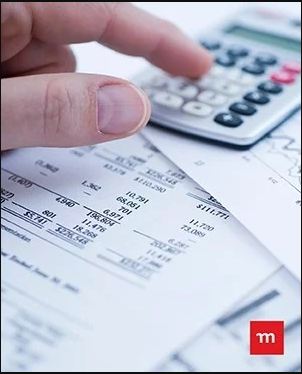 Section 12J of the Income Tax Act enables investors already at the highest marginal tax rate of 45%, to deduct the full amount of an investment in a qualifying business from his or her tax liability in the year in which it is made. 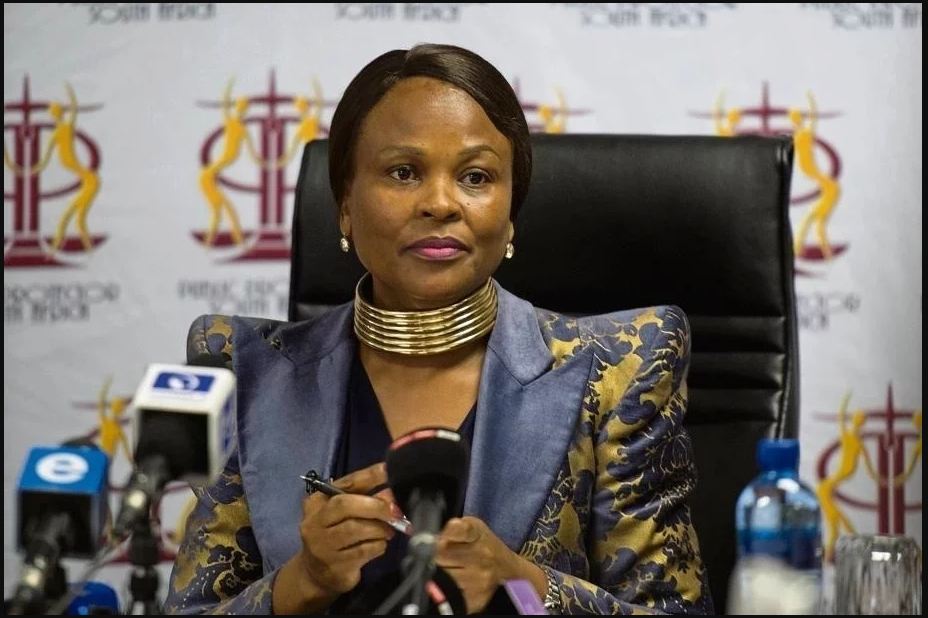 Accountability Now laid criminal charges of perjury and defeating the ends of justice against Mkhwebane in August. It also lodged a maladministration complaint against her with the very office she heads. In August last year, the Organisation Undoing Tax Abuse (OUTA) also filed a charge of perjury against Mkhwebane. 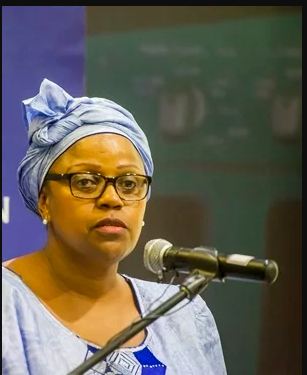 The High Court in Pretoria has dismissed an application by former SAA chairperson Dudu Myeni for leave to appeal a December ruling stating that Organisation Undoing Tax Abuse (Outa) has standing to bring a delinquency case against her.

The case to have Myeni declared a delinquent director has been hobbled by a series of delays, mainly on Myeni’s part, ranging from unexpected change of legal representatives to amendments to her plea. 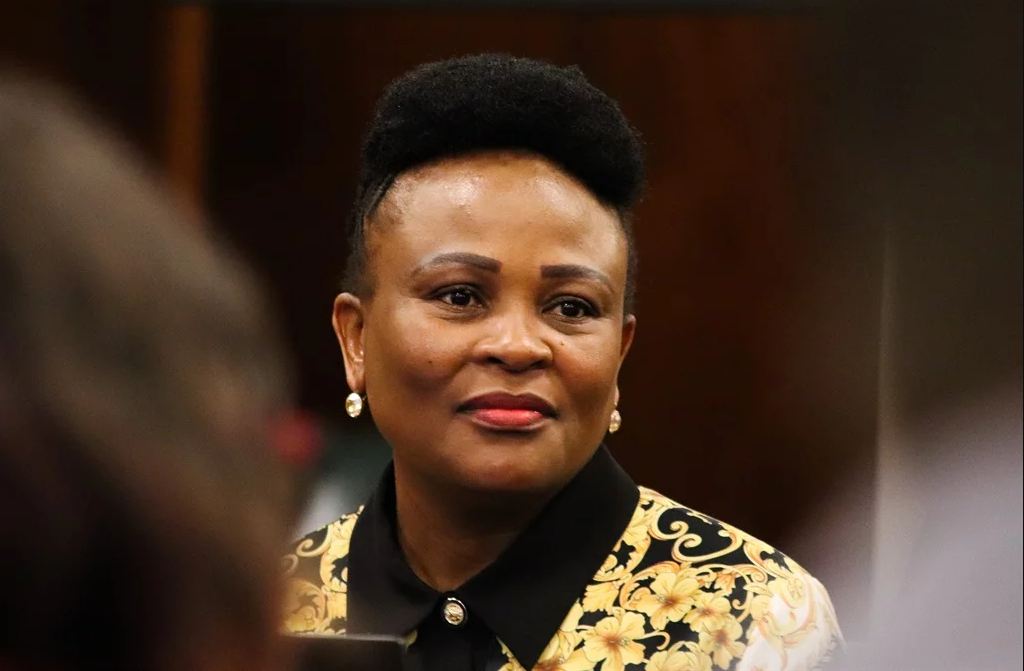 The Public Protector is a law-abiding citizen who pays her taxes just like everybody else, advocate Busisiwe Mkhwebane's office said on Sunday, following reports that the SA Revenue Service had launched an investigation into her income tax affairs dating back as far as nine years. 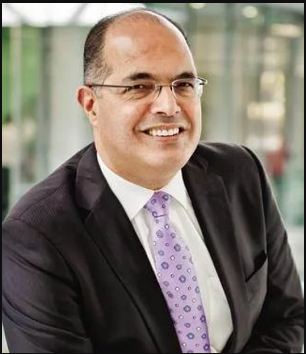 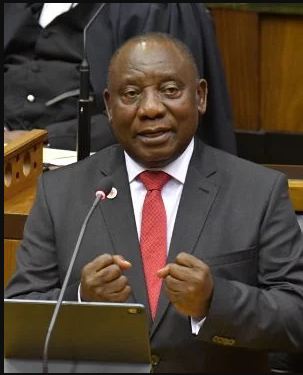 According to a memorandum from Parliament, Ramaphosa assented to the bills on January 13, after they were tabled in Parliament by Finance Minister Tito Mboweni last year at the medium-term budget policy statement. They were passed by the National Assembly and National Council of Provinces last year. 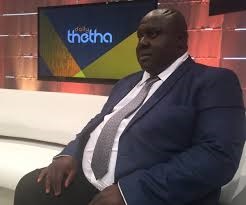 FORMER MMC OF FINANCE IN TROUBLE WITH THE TAXMAN

Former Johannesburg  MMC of Finance Rabelani Dagada has been slapped with a hefty tax bill by SARS.

According to a final letter of demand issued by South African Revenue Service (SARS) Dagada has tax debt of R157 055.71. 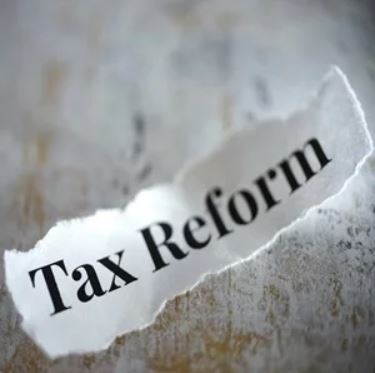 An amendment to the Income Tax Act will bring considerable change to the expat landscape as from March 1, 2020.

Amendments to the Income Tax Act are due to come into effect from March and, among other things, South Africans working overseas will only be exempt from paying tax on the first R1m they earn elsewhere. 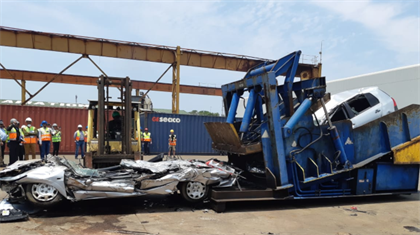 SARS destroys over R7m of illegally imported goods, including 15 vehicles

South African Revenue Service customs officials in Durban have begun destroying over R7m worth of illegally imported goods, including 15 vehicles and 13 000 bales of clothing.

The vehicles were valued at R450 000 and the clothes at R6.75m, the tax agency said in a statement on Friday morning.

The Department of Trade and Industry, the International Trade and Administration Commission and the revenue collection agency recently established an inter-governmental task team to crack down on illicit trade, focusing on clothing, textiles, leather and footwear, as well as scrap metals and gold.

SARS Customs Executive Patrick Moeng said a total of 11 514 bales of clothing and footwear, valued at R2.5m, and 57 vehicles valued at R7.1m, had been destroyed since April.News24 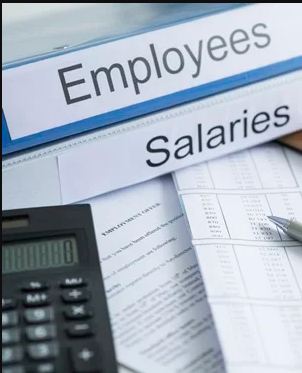 Whats being deducted? A guide to understanding your payslip

In terms of the Basic Conditions of Employment Act, an employer may only deduct funds from your salary if an agreement to do so has been signed, and if they are legally allowed to do so.

According to Lombard, its essential to check one's payslip regularly - and know whats being taken off.